Tongues are languages of God (or the "angels") and languages of people (1 Cor 13.1). We have seen both of these in the Bible, particularly in the book of Acts.

The first brief mention of tongues in the New Testament was by Jesus before He ascended back to heaven after His resurrection (Mark 16.17). He said that one of the signs following believers (in Him) would be speaking in "new tongues." This came to pass on the day of Pentecost when Holy Spirit descended on Jesus' followers with the sound of "a rushing mighty wind" and a manifestation of tongues "as of fire" on each of them. And then it happened, "...they were all filled with the Holy Spirit and began to speak with other tongues, as the Spirit gave them utterance" (Acts 2.4).

This phenomena perplexed and interested the people around and soon a crowd had gathered. There were many foreigners in the area and they were shocked and said, "Look, are not all these who speak Galileans? And how is it that we hear, each in our own language in which we were born?" (Acts 2.7-8). These simple, mostly uneducated Galilean followers of Jesus were speaking languages which they did not know by the power of the Spirit! This opened up an incredible opportunity for them to share Jesus' message of the Kingdom of God with the crowd.

This supernatural experience of people speaking by the power of the Spirit in human languages unknown to them has continued on since then. Today in church settings where people speak openly in tongues, there are countless stories of foreign visitors who were surprised and excited to find that some people were praying and worshiping in their native language. Also, in sharing the gospel many have come to find after having shared with a person that in fact they had been speaking in another language unknown to them. They had thought they were speaking English (or whatever their language was) but the words coming out were in the hearer's language!

That was the first kind of tongues. The second kind of speaking in tongues is prayer in a heavenly language. The apostle Paul described this by saying, "...he who speaks in a tongue does not speak to men but to God, for no one understands him; however, in the spirit he speaks mysteries" (1 Cor 14.2). The Bible never says what the language itself sounds like, but we see people who spoke in this way (Acts 10.46, 19.6). It is a language of prayer and worship. While the human form of tongues is often used in evangelism settings, this form is exceedingly personal and exists for personal edification (1 Cor 14.4). It is deep communion with God. I would describe it as cracking yourself open and letting your entire person be possessed by the Spirit of God. It is an incredible experience and in the book of Acts it always followed the salvation experience, though not always immediately. In my case, there were twenty years between my salvation and when I began praying and worshiping in tongues!

The gift of tongues can open up prayer to a person like never before. While prayer might have been done a few minutes at a time here and there, when you pray in tongues it is easy to go for hours praying and worshiping! This gift bypasses your mind and creates a direct connection between your spirit and body which allows you to speak apart from your mind. While it is an incredible time of prayer, it can also be an incredible time of thinking and meditating because your mind is disconnected from your body and completely free.

This gift is doubtless the most misunderstood and divisive of the gifts, even though it is portrayed in the Bible as a primary gift. It is not uncommon for those who don't understand to see someone practicing the gift and respond much like some on that day of Pentecost who assumed the disciples were drunk (Acts 2.13). But that does not change the fact that it was and is a wonderful gift which the apostle Paul wished for all believers to receive (1 Cor 14.5).

Good day,
So, do the people said to pray in tongues understand what they are saying? To me, it seems neither the audience nor themselves understand what they are saying. Is my assessment right? I have not seen examples of people acquiring the ability to speak known languages since it happened to the original apostles at Pentecost, they always have an interpreter, why?

It is my understanding Tongues is a Heavenly Language. At times, like Pentecost, Tongues are heard in one's native tongue. When spoken in church an interpreter in provided by the Lord to give a message to the church. Some people are gifted with the ability to understand the mysteries the Holy Spirit is speaking through them. Praying in the Spirit is a blessing for us to pray the perfect Will of the Lord for ourselves or others & that's not always meant for us to know. Here is a channel that may help your understanding: https://www.youtube.com/watch?v=vsrwgd7rnR0

want to pray in toungues

Many times a person praying in tongues does not know what they say. I believe one of the reasons for this is to prevent the enemy of our soul from understanding. But there are many times when a person speaking in tongues can give an interpretation. These two gifts of the Spirit are usually manifested together. God will give a message in tongues through a willing believer and then either the same person or another person will give an interpretation to the message. Tongues is a prayer language and also a gift of the Spirit for the edification of the church. Two different uses. 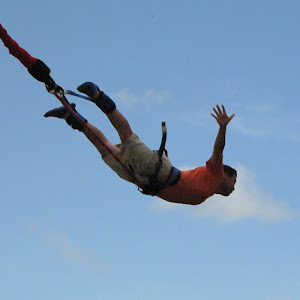 This eBooklet is very personal for me. My life has been transformed through the use of this wonderful gift from Holy Spirit and I want to share what I have learned with others. For more about me, read the Introduction and also feel free to contact me.

How To Pray In Tongues

Promote Your Page Too